After an injury that had him reconsider his Badminton career, Mickael travelled in search of a new passion that would help him regain his self-confidence. During one of these trips, he became a brand ambassador. After having moved back to France and started working with geninc, he took advantage of the opportunities offered to him and developed new skills. Three years later, he became a Geninc franchisee in Paris. We discussed his background, his mentality, and his objectives for the future.

What was your background before you started in direct sales?

Before I became an independent salesman, I always wanted to pursue a career in Badminton. At 19, I was ranked A, just under the pros, and I believed in myself. But my shoulder got injured, and I chose to stop and do something else.

At that moment I lost my drive. Sport gave me challenges all the time, and shoots of well-being when I surpassed myself.

So I dropped out of high school before the end of my senior year, and I took a trip. First in Australia, then in Scotland, and again in Australia.Each time I came back to make some money working in a hotel in Switzerland, that welcomed entrepreneurs and investors. I ended up being in charge of catering for these events and I created a small network of investors.

At that moment I lost my drive. Sport gave me challenges all the time, and shoots of well-being when I surpassed myself.

I started wishing to pitch my business idea to them. But for that I had to prepare myself. So I graduated high school as an external candidate, and I wanted to make one last trip to Manchester to improve my English.

After two months there I had a hard time finding a job, and I was contacted to become an independent salesman for a food delivery campaign. I had no preconceptions about door to door, and no self-confidence. I needed an activity and I wanted to discover new things. Finally I stayed there for 10 months, before moving to France to collaborate with geninc.

With sales, my drive and competitive spirit came back. I arrived in Lille in 2016, at geninc’s first coworking hub. I gave myself 5 years, before taking stock of my career and making a decision. Some people do a Master’s degree, I decided to learn sales in the field for 5 years.

Everyone must sell themselves or know how to sell at one time or another. So I knew that what I would learn would be transferable skills.

I’m not a confident person. So I try to improve every day by my actions, and to progress at my own pace. I knew that by staying for a long time and doing my best, I would necessarily end up taking responsibility. 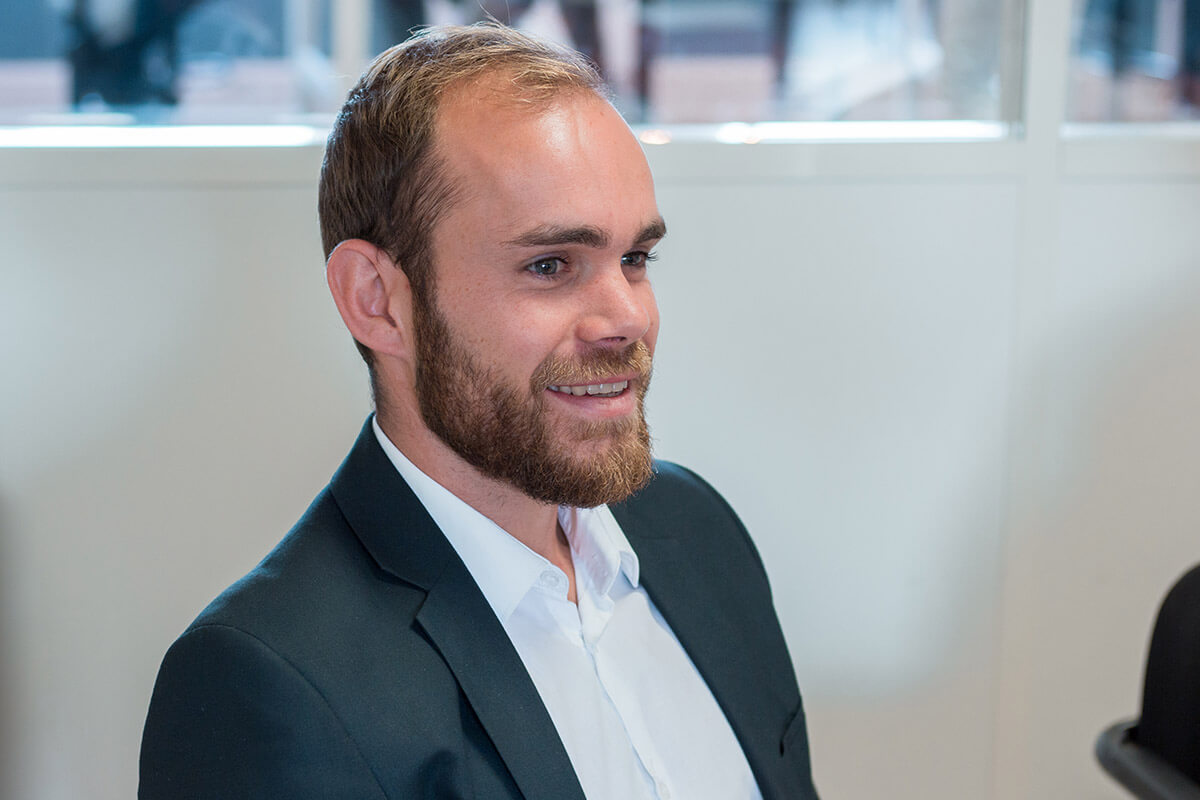 I gave myself 5 years, before taking stock of my career and making a decision. Some people do a Master’s degree, I decided to learn sales in the field for 5 years.

I’ve never been the best salesman, and I don’t think I’m the best coach either. But I created a closed circle around me with the people I coach. I have always wanted to have a special relationship with them. Make them my partners. And it has worked for me and for them. 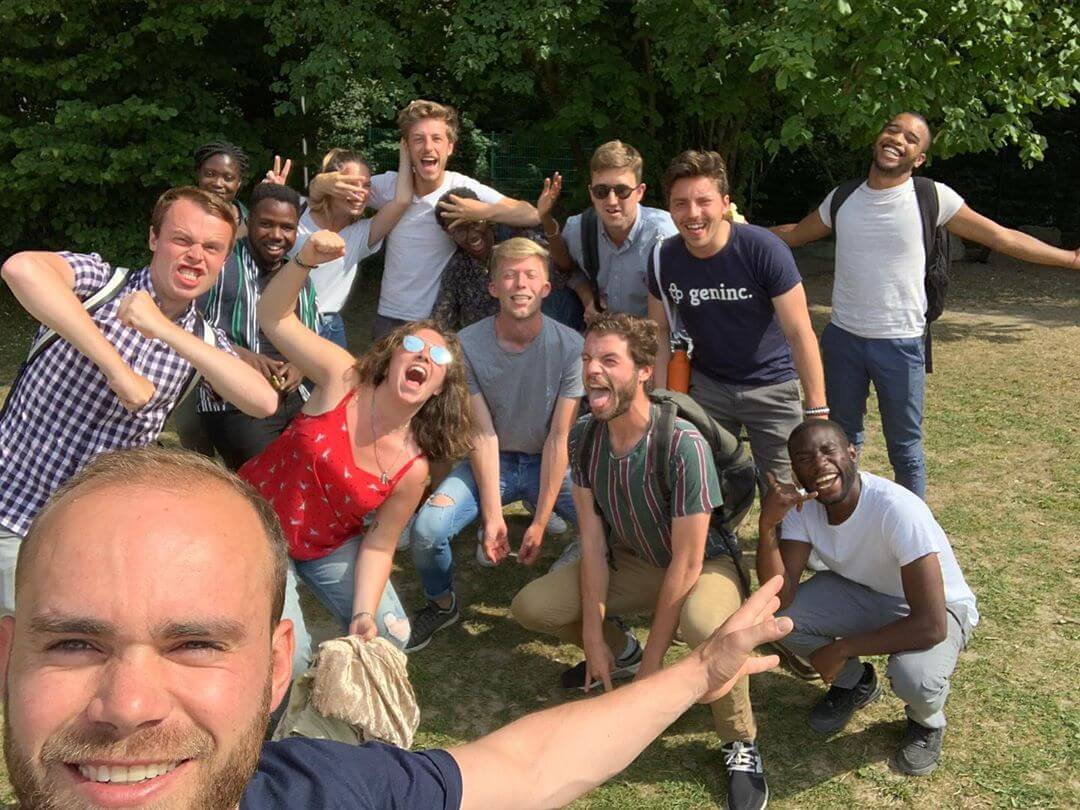 My fondest memory is the trip I was invited to last year to Singapore, and especially the gigantic hotel, with the pool on the roof. It was a glimpse of a greatness that was still unreachable to me. I couldn’t have made a trip like this in these conditions on my own.

Direct sales is an accelerated life experience. All the events in your life can be related to things you have to deal with in the field.

During this trip, I met an entrepreneur who had 26 years of experience as a business manager in direct sales. He has coached and helped 7 young entrepreneurs to create their own business over the past two years.

I had a long discussion with him about selling, about being an entrepreneur and about life in general. And it reinforced my intuitions: direct sales are an accelerated life experience. All the events in your life can be related to things you have to deal with in the field.

This discussion also reinforced my belief that you can be an excellent entrepreneur, with great human values and common sense.

What seduced you the most about geninc?

I was first seduced by the company’s values, its humanity, and its common sense.

Direct sales is not for the faint of heart, but geninc has built its entire sales system around human contact, and respect of the people we meet. It’s a long way from the vacuum cleaner salesman who puts his shoe into in the doorway and scares the housewife, and I liked it.

I always understood that it was possible for me to start at the very bottom of the ladder, and climb up each rung. To learn first sales, then coaching, then to become a leader and inspire people,and finally to learn how to run my own business.

Then there is the possibility of free development, both on a personal and professional level. I always understood that it was possible for me to start at the very bottom of the ladder, and climb up each rung. To learn first sales, then coaching, then to become a leader and inspire people,and finally to learn how to run my own business.

What was bothering me in my previous experiences was that I never had a choice. Not being able to be different from what was expected of me, at the risk of being pointed at as such, or fired.

What’s changed since you became a franchisee?

When I became a franchisee, I told myself that I reached a certain state of consciousness in my relationships with the world around me, the people who become independent sellers, my family, my friends… Maybe it’s because I’m turning thirty, but I have taken a step back. I never had any self-confidence, I was very shy. Becoming a business owner removes a weight that has been in my stomach for decades. 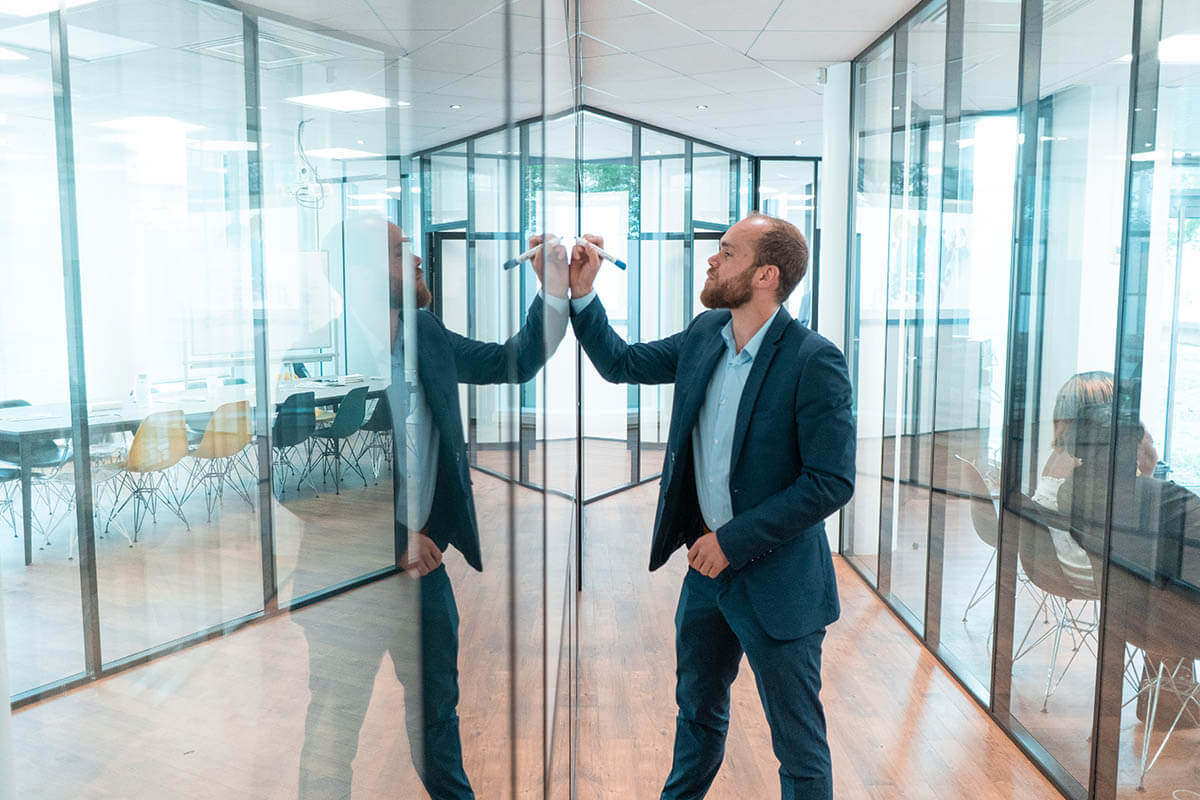 Now I have another weight, that comes with my responsibilities but I know that I am surrounded by many talented entrepreneurs in the Geninc network, and I am lucky to have a support team that helps me, so I know I have the right to make mistakes and learn as a young entrepreneur.

Becoming a business owner removes a weight that has been on my stomach for decades.

Becoming a franchisee is a bit like becoming a father. It’s getting serious, you have to become an adult. It may be scary, but I feel ready for it. I have been well trained, and this is the continuity of what I have been doing for the past three years.

What are your objectives for the future?

My first objective is to collaborate and coach 50 independent salespeople by the end of the year, and to extend the geninc network by opening coworking hubs in France and Switzerland. I grew up near the border, it’s a country I know well.

I would also like to open a fast food chain that can allow people to eat healthy at lunchtime, at a lower cost, with locally sourced products. I live in Paris, which is supposed to be the capital of gastronomy. And to eat for lunch, I have the choice between a burger, a kebab, or an disgusting salad which costs me 10€. It’s a disgrace!

On a more personal level, I would like to start a family, travel with my children and offer them a different education. I’ve never been interested in money, or in having an extravagant lifestyle. What interests me is to be able to have a normal lifestyle, and to to travel, without financial pressure.

Do you have any advice to give to a future franchisee?